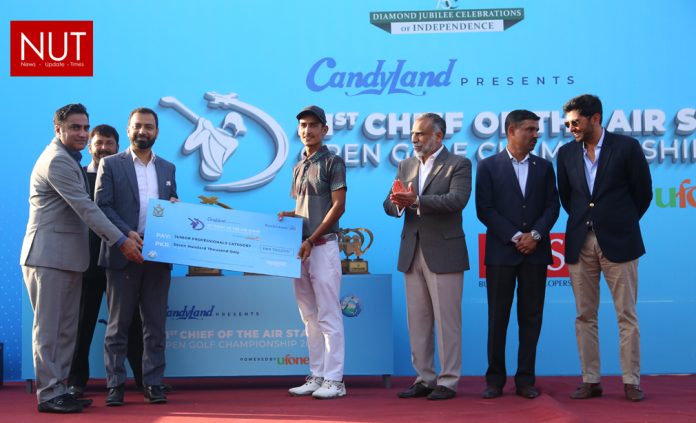 Karachi (Muhammad Yasir) BankIslami, the country’s leading and most advanced Islamic finance institution, has created an innovative opportunity for promotion of its brand message through a Platinum Sponsorship of the CAS Open Golf Tournament being held between 3rd till 7th February 2022 at the Airmen Golf Club Karachi. Through sponsorship of the event that is a signature feature of the annual golfing calendar, BankIslami positioned itself in a unique place as a facilitator of leading social events across the country.

Golf is amongst the most frequently played sports in Pakistan and the yearly CAS Open Golf Tournament attracts leading players and host of spectators that enjoy the game in all its glory. BankIslami being one of the country’s foremost financial institutions offering Sharia-compliant solutions to its customers and the masses in general, has stepped up its efforts to promote the sporting ecosystem in Pakistan. Through sponsorship of various leading events, the organization is facilitating the growth and development of various sports in the country.

Commenting on the development, President and CEO, BankIslami, Syed Amir Ali, stated; “By the grace of Almighty Allah, BankIslami is achieving significant milestones one after the other in terms of performance and facilitating its stakeholders including customers. We believe in giving back to the nation because our accomplishments are due to the trust that the nation places in us. We remain committed to promoting various mainstream events in diverse fields over the course of time.”

BankIslami is leveraging distinct opportunities for itself in the sporting arena as the organization recently became Platinum Sponsor of Karachi Kings franchise in PSL 7 as well.