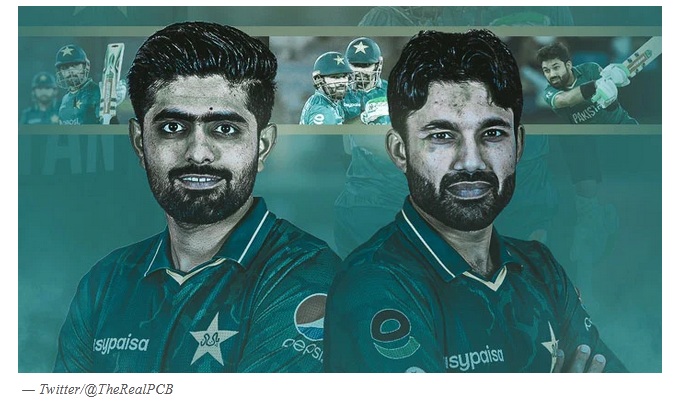 Pakistan’s opening duo Babar Azam and Mohammad Rizwan on Thursday added more feathers to their caps by breaking records as batting partners and as individual batters with remarkable performance against West Indies in the third T20I.

Among these six-century partnerships, three have come while batting second. No other pair has such a record while chasing the target.

During the innings, Rizwan smashed three sixes, taking his total T20I 6s tally in 2021 to 42. He set a new record of most sixes in a calendar year, surpassing New Zealand’s Martin Guptill who smashed 41 in the same year.

Rizwan also stormed 119 fours in the year to become the only player to smash over 100 boundaries in a calendar year.

Their performance helped Pakistan chase the target of 208 comfortably to register Pakistan’s highest successful chases in T20Is. The score is also the highest ever T20I score at the National Stadium Karachi.