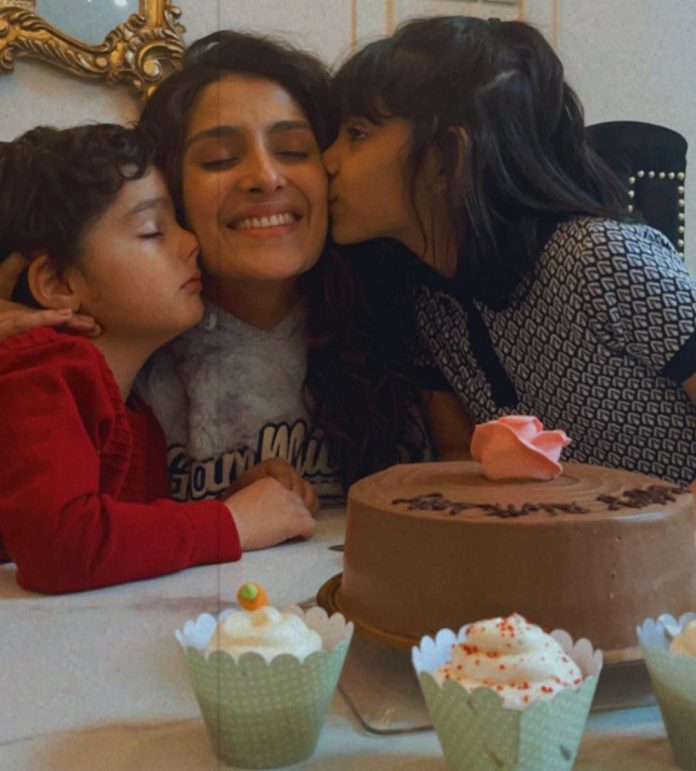 Actor Ayeza Khan thanked her fans for their birthday wishes in a series of viral pictures on Instagram which see her celebrating with family members.

Her actor-husband Danish Taimoor and her son Rayan and her daughter Hoorain made the occasion special. In the caption, the Mere Paas Tum Ho star wrote that there was could not ask for anything else.

“Can’t ask for anything else,” the caption read. “Thank you soo much for the love, support and all wishes you guys sent my way. And the gifts too!”

The picture gallery of the Koi Chand Rakh star got millions of likes from the application’s users. Her fans and fellow celebrities felicitated birthday wishes and greeting to the celebrated actor.

It is pertinent to mention that the actor is one of the most followed Pakistani celebrities on social media platforms with at least 10.2 million Instagram followers.

Ayeza Khan is one of the most versatile actors in the entertainment industry. She is seen in many super hit projects and her performances received positive reviews by her fans and critics. She has been seen in serials Kahani Aik Raat Ki, Mera Saaein 2, Aks, Pyarey Afzal and Thora Sa Haq.