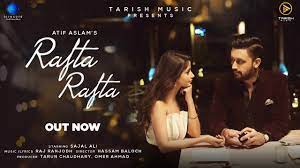 The most awaited music video of Eid season Rafta Rafta starring Pakistani stars Sajal Aly and Atif Aslam finally has been released and it has won the hearts of the fans. The Alif actor took to Instagram and shared a short clip from the music video to announce its release.

The Jeene Laga Hoon singer also shared the same video clip and said “The wait is over – Rafta Rafta video out now!”

Earlier, the teaser of Rafta Rafta had also won the hearts of the fans after it was dropped online on July 16. Produced by Tarun Chaudhary and Omer Ahmad, the video is directed by Hassam Baloch. 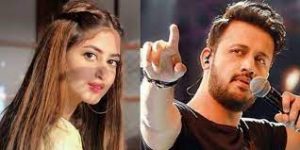