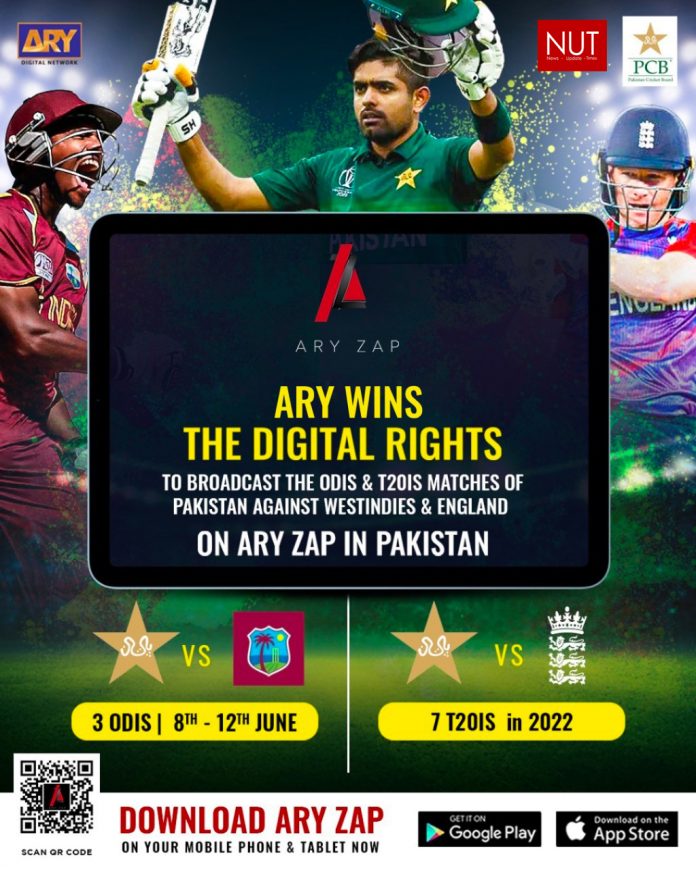 Lahore (Muhammad Yasir) Following a transparent and fair tender process, ARY Communications has won live-streaming rights in Pakistan region for the three ODIs against the West Indies and seven Twenty20 Internationals against England. The three ODIs will be played in Multan on 8, 10 and 12 June, while schedule of the September T20Is will be announced in due course.

PCB Chief Executive Faisal Hasnain: “We are pleased with the sale of live-streaming rights for Pakistan region for the three ODIs against the West Indies and seven T20Is against England. The latest agreement, which has seen a significant surge from the 2021-22 deal, reflects the value of Pakistan cricket and the earnings from this partnership will be reinvested into cricket.

“I want to congratulate ARY for winning the live-streaming rights and delighted that our partnership, which commenced in 2016 when they won the franchise rights for the HBL Pakistan Super League, continues to grow and get stronger.”

ARY Digital Founder and CEO Salman Iqbal: “ARY Communications is proud to become the official live streaming partner of the Pakistan Cricket Board for the upcoming white-ball series with West Indies and England. am extremely proud of the fact that ARY Communications has, once again, submitted the highest financial bid in a transparent and public PCB bid process.

As pioneers of innovation in the broadcast industry, we have focused on evolving with the needs of today and we are very excited to introduce ARY ZAP – our super application – to our fans.

Viewers can now easily access wide-ranging content ranging including news, current affairs, entertainment, and sports through a few taps on their mobile phones.

We hope that the Pakistan Cricket Team will be part of some very exciting cricket in the lead up to this year’s ICC T20 World Cup.”