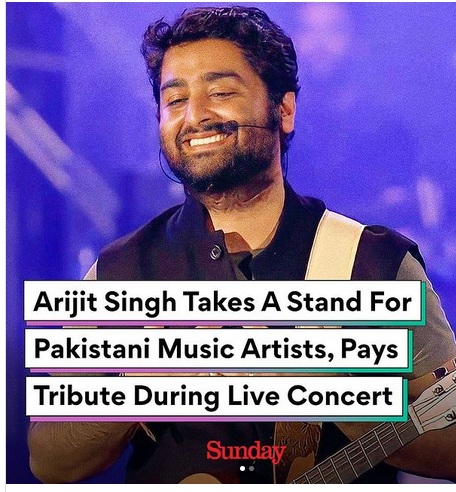 In a recent concert in Abu Dhabi, the Tum Hi Ho hit maker expressed his concerns around across the border singers being banned in his country.

“I have a question. It’s a wrong question, a controversial question. But still I want to ask it because I don’t give a d**n,” began Arijit.

The songster continued, “I don’t follow news but tell me one thing, has music from Pakistan has been banned in India?”

“Is it still barred or has the ban been lifted?” asked Arijit, inviting an uproar from the crowd.

The singer went on to express his admiration for some of the best Pakistani musicians.

“Atif Aslam is one of my favourites and Rahat Fateh Ali Khan and Shafqat Amanat Ali,” said Arijit, wishing a future collaboration between the two countries.

Britney´s father to stay on as guardian, court rules

The Top Local Music from Spotify’s First Month in Pakistan