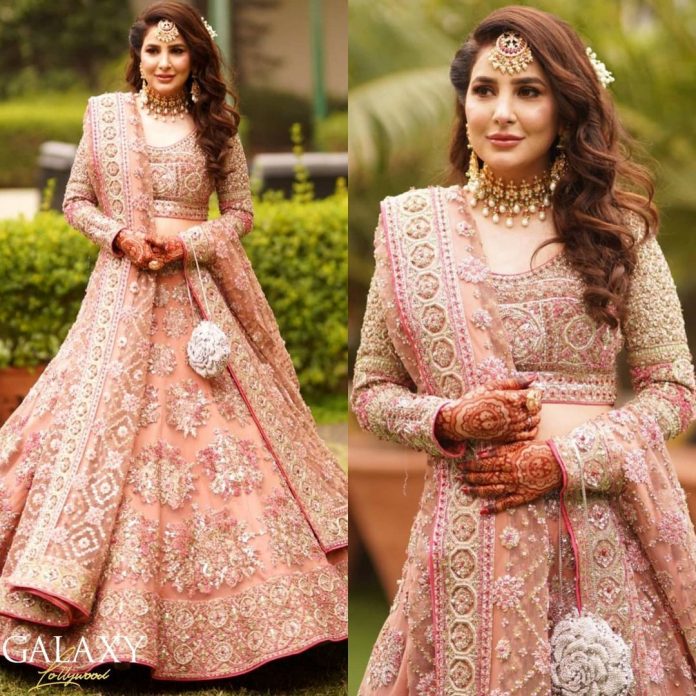 Model and actress Areeba Habib’s wedding festivities have taken the internet by storm. The starlet had all the eyes on her as she turned out to be the prettiest bride on her wedding day.

The Jalan famed actress, who tied the knot on December 31, rang in the New Year with a grand wedding festive event, shendi – a combination of mehndi and shaadi ceremony. 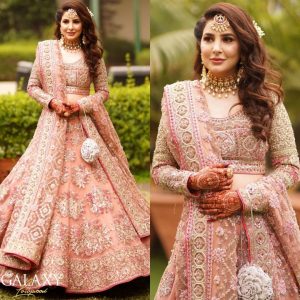 The star-studded affair took place on January 2nd and was attended by a number of prominent stars from showbiz industry including Iqra Aziz, Yasir Hussain, Aiman Khan and Mansha Pasha.

For her big day, Areeba opted for a beautiful, heavily-embellished silver and maroon bridal outfit, designed by Shehla Chatoor. The dress featured a longline shirt, paired with a floor-sweeping lehenga, decorated with ruffles.