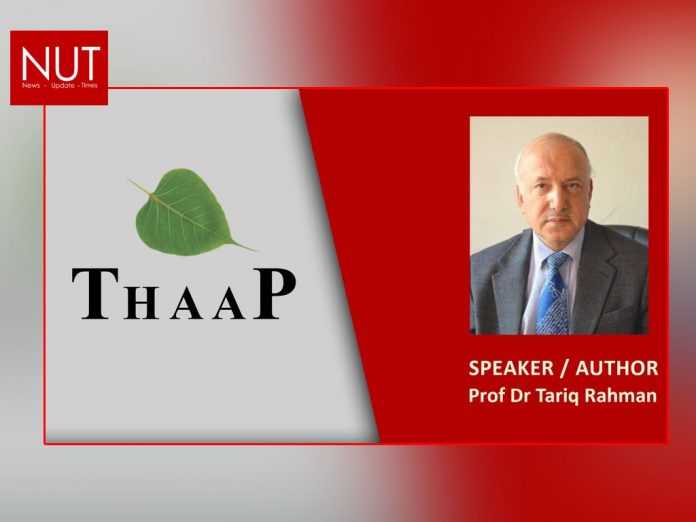 THAAP arranged a thought-provoking talk on a recently published book entitled “Pakistan’s Wars”. Dr. Tariq Rahman, the writer of the book, presented a brief insight into the book while reading and discussing the content in his informative and enlightening talk.

Prof. Dr. Tariq Rahman-  Dean & Professor BNU expressed that the book “Pakistan’s Wars” studies the wars Pakistan has fought over the years with India as well as other non-state actors. Focusing on the first Kashmir war (1947-48), the wars of 1965 and 1971, the 1999 Kargil war, and the low-level and covert military actions, the book analyses the decisions which led to them.

While giving the details of his book, the writer claimed that most of these decisions were taken by cliques even when the highest office-holders of the state were involved in them. His analysis provides insights into the possibility of avoiding risky behavior patterns of the past for South Asia as a whole.

The writer mentioned that the book also brings to the fore the experience of subalterns (widows, children, common soldiers, displaced civilians, and villagers living near borders) or ‘situational subalterns’ (those accused of spying or cowardice, military personnel damaged psychologically and the families of officers) in the form of interviews.It’s a precise account of war stories that are full of suffering, bravery, and patriotism too.

Earlier the Talk commenced with the opening remarks by Ar Zubair Ishfaq. Prof Sajida Haider Vandal, CEO of THAAP then welcomed the author and speaker Prof. Dr. Tariq Rahman, and the participants. The Talk was attended by a large number of people belonging to different walks of life.

The writer gave answers to the question of the participants and in his concluding remarks, he stated that the book is a nuanced and accessible military history of Pakistan. It will be indispensable to scholars and researchers of military history, defense and strategic studies, international relations, political studies, war and conflict studies, and south Asian studies. He also thanked THAAP for providing its platform for insightful discussion. The Talk ended with the closing tea. 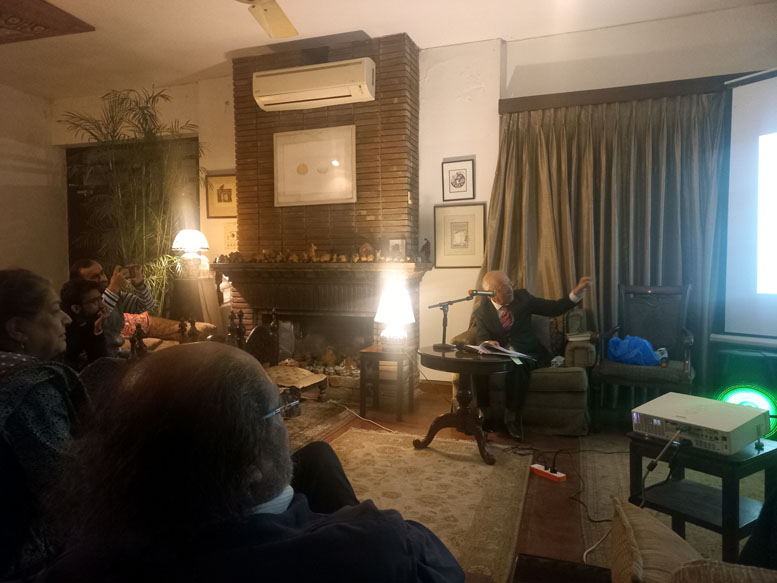