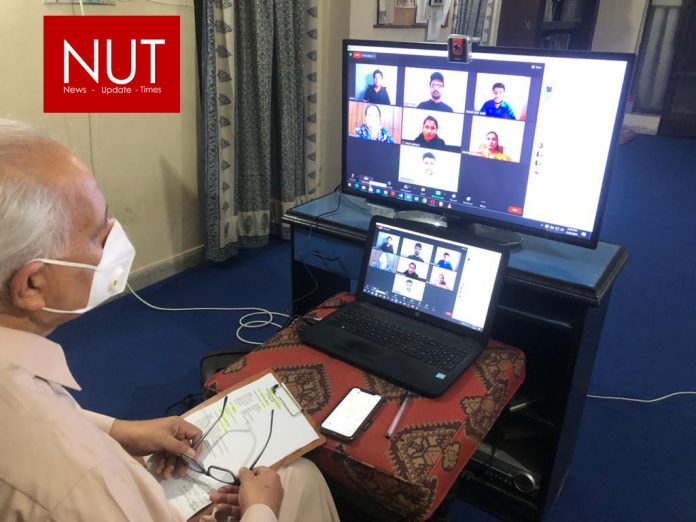 Lahore (Qasim Ali) Ajoka Institute art of writing students presented an amazing display of their work at an online dramatic readings event on Saturday 20 March. The event was live-streamed on Facebook and was viewed by a large online audience. The scripts had been developed by the online writing course mentored by eminent playwright Shahid Nadeem. “ Barlas” a story written and performed by Aqsa Gharshin, revolves around the rivalry of two gangs of criminals both manipulated by mysterious Daulat Agha. “Mainda Ishq vi Toon”, written by Rafia Kashif, was based on a true love story associated by Nawab of the former Bahawalpur State and a peasant woman Gaman. Aamir Ali presented “ Dundhla Khawb” was a story of a father giving evidence against his misguided son, charged with murder while Saqib Ali Rana wrote about humans from different epochs, waiting for their fate on the Judgment Day and reflecting on their respective lives. The writers were supported in the readings by Ajoja’s Art of Acting students including Sabahat Moazzam, Ishrat Shaheen, Khurram Hamid and Fahad Amir. The session was coordinated by Qurrat ul Ain Taj.
Ajoka Executive Director Shahid Nadeem congratulated the writing course students on their innovative and meaningful writings and hoped they will continue to develop their talent. Ajoka Institute Director Nirvaan Nadeem, while appreciating the students talent, said there was a dearth of good scripts in Pakistan’s entertainment industry and Ajoka is offering new writers to harness their skills. 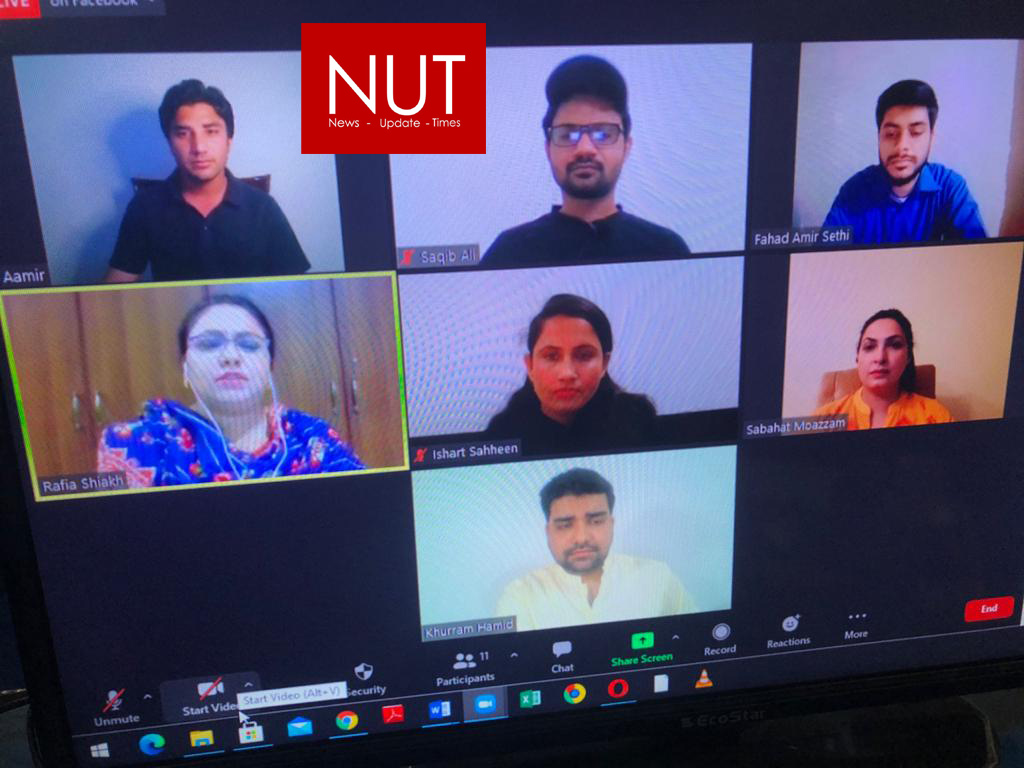 This was the 9th session of dramatic readings of Ajoka writing class students. The recording of the event is available on Facebook and YouTube.

Ali Chandiyo, the sensational rising star to lookout for, has released...