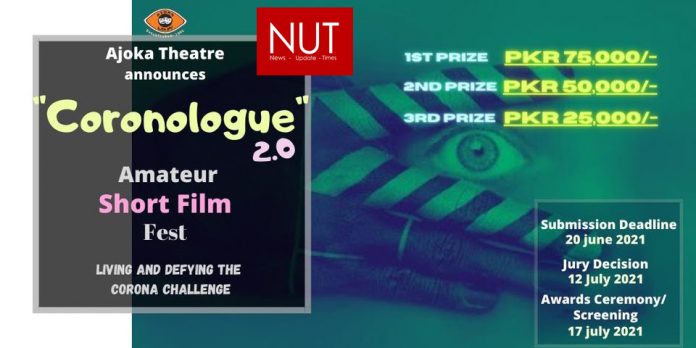 Lahore (Qasim Ali) Ajoka theatre has announced the second “coronologue” to encourage the innovative artistic responses to the psychological, emotional, social or political impact of the Corona Pandemic. The first Coronologue festival was held in May 2020 and focused on theatre productions submitted online. The 2021 Festival focusses on Short Film on the theme “Living and Defying the Corona Challenge. Participants can send their productions/submissions up to 10 minutes duration such as amateur short film shot on digital camera or smart phones, theatrical performance, comedy satire, documentary with amateur post production. Closing date of entries submission is 20th June, which will be judged by a jury comprising of eminent professionals. The winners will be announced on 12th July and an awrads ceremony will be held in July.

Ajoka executive director Shahid Nadeem said that the first Coronologue Festival was a big success and a number of innovative theatrical productions were submitted which are available on Ajoka’s YouTube channel. He said we hope the Coronologue-2 will inspire young amateur filmmakers to submit artistic short films on the theme. It is great chance to be creative and productive for amateur performers having interest of performing arts or media, and feel claustrophobic or frustrated due to the unending Corona lockdowns and social distancing constraints, he added. 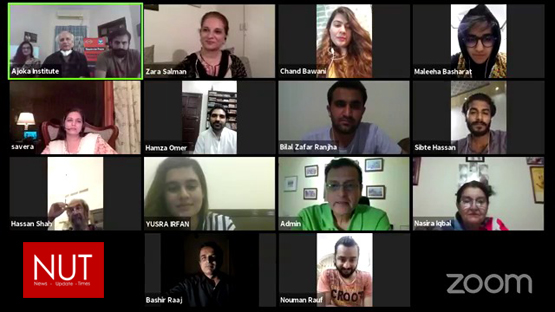 While talking about exciting festival, Ajoka Institute director Nirvaan Nadeem briefed that there is no age limits for the participants, they can be from any country, including overseas Pakistanis but the competition is for amateur filmmakers. The films can be who have made the film on their own or with the help of a team of amateurs and submissions can be in English and Urdu, as well as other Pakistani languages. There is no Registration Fee for those who register by May 31st.