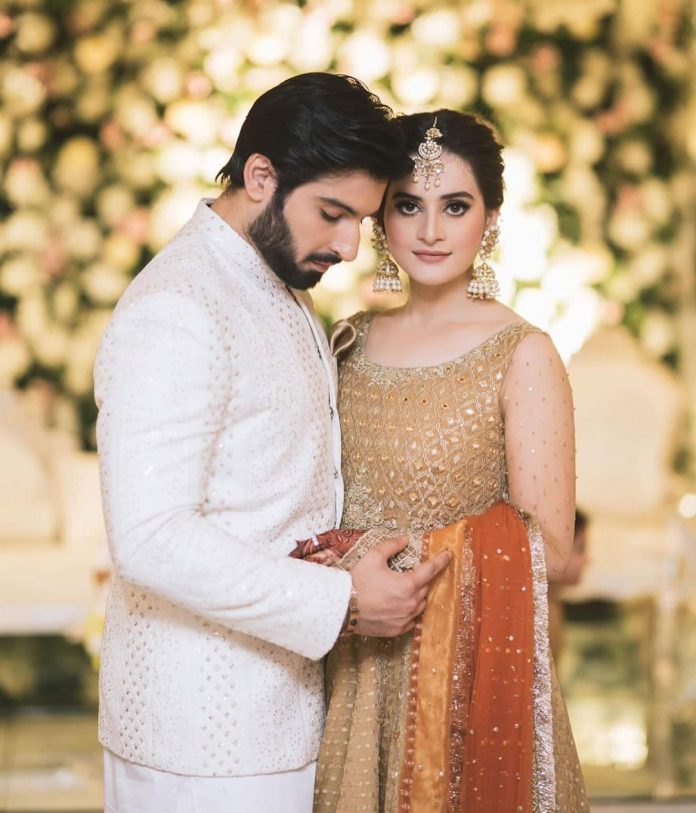 Actor Aiman Khan has dropped a rather questionable statement while advocating early marriages in her recent interview.

Prominent actor of Pakistan’s drama industry, Aiman Khan has been in the news for the past week over her blunt statements in the latest interview.

After her Internet war with TikToker Jannat Mirza, another statement of Aiman Khan is creating headlines, where the host asked Aiman to comment on “whether all actresses should get married early because of a lack of eligible guys”, to which she replied, “Yes, they should get married. When it is time, get married”.

Aiman further added, “I think the longer you take to get married, it just doesn’t happen then. I mean, there are so many actresses who are still unmarried”.

Earlier this week, a clip from the recent appearance of the ‘Baydardi’ actor on a digital show went viral on social media, which sees the actor voicing a few words of wisdom for the fellow celebs. Though what came as a shocker for the audience was her unapologetic statement for TikTok star, Jannat Mirza to ‘wear less makeup’.