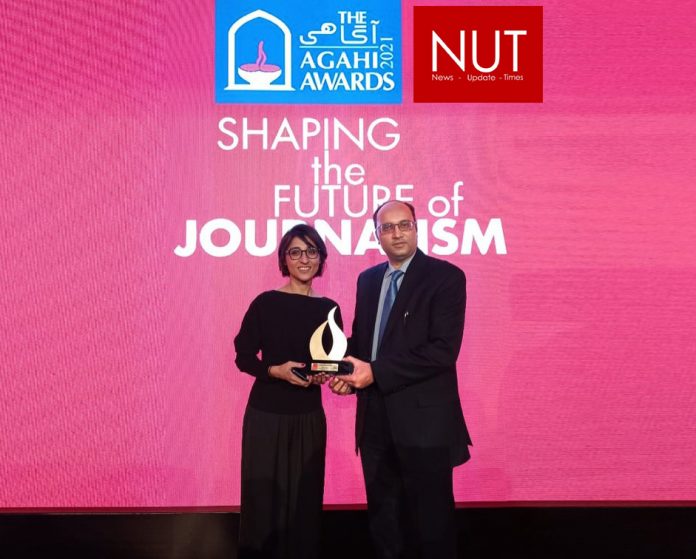 Islamabad (Muhammad Yasir) The Agahi Foundation and Mishal hosted the 9th Agahi Awards 2021 at the Pakistan National Council of Arts in Islamabad on Friday. The awards ceremony was jointly organized by Agahi and Mishal in collaboration with the Journalists’ Associations, Educational Institutions, Think Tanks and Private Sector Institutions. The aim of the award ceremony is to recognize the courage, dedication and significance of the journalists across the country for their outstanding efforts and reporting. The journalists were nominated from electronic, Print, and online media. This year more than 3000 journalists were nominated for the award and nearly 70 were presented the accolades.

The Agahi Awards are organised annually to promote journalism in Pakistan. They were inaugurated in 2012 and are Pakistan’s first ever Journalism Awards. In the infrastructure category of the Agahi Awards, Syed Shoaib Shahram was awarded the Journalist of the Year award for his research work on the Green Line project. He is a senior journalist from Nawa-e-Waqt Group, Karachi. Expressing his views after receiving the award, Syed Shoaib Shahram said that organizing such awards ceremonies in the journalistic circles is a source of encouragement for the working journalists who perform their professional duties in spite of unfavorable circumstances. Shoaib Shahram added that he named his award after the journalist community. On the same day, the Prime Minister of Pakistan Imran Khan also inaugurated much-awaited Green Line project in Karachi on Friday.

Prime Minister visited Karachi for the trial operation of the project on Friday during his one-day tour. The inauguration was organized at the main station of the Green Line project at Numaish Chowrangi The premier said while speaking during the inauguration ceremony, that no city can progress without a modern transportation system. 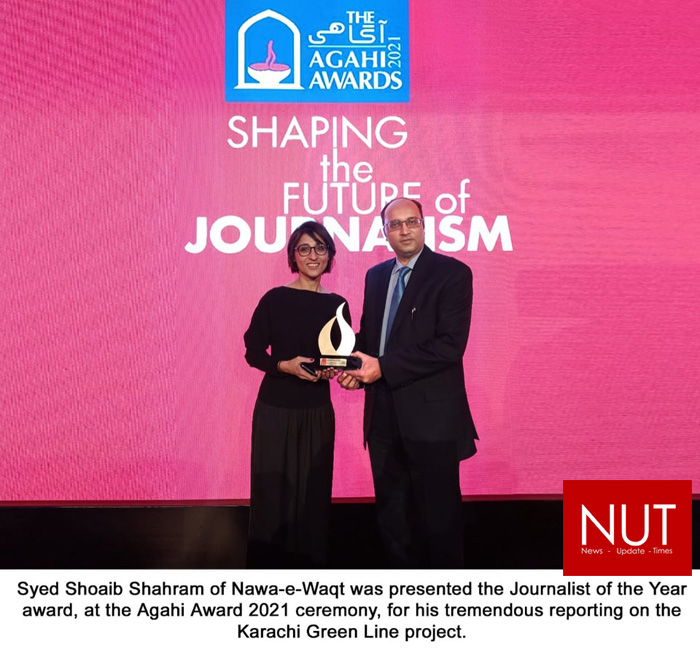 SH&ME Dept orders jabbing of all employees till 15th