Farhan Saeed’latest  song Na Cher Malangaan Nu have created a stir over the social media. Video of the song also feature singing sensation Aima Baig and is being directed by talented Adnan Qazi, who have dedicated it to the magnificent Taylor Swift and Director Joseph khan.

The video has been inspired from Taylor’s evergreen song Woldest Dreams. From its story to the cstumes, both the videos are quite similer and creates the same visual appeal. However Adnan had made minor changes according to his vision. In an Instagram Post, Adnan thanked the two for being his inspiration. 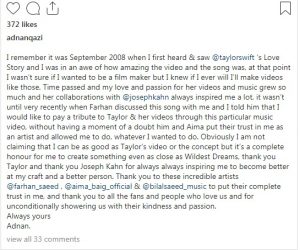 The four-minute video has got 1.8 million views and counting on YouTube with at least 22,000 likes and 901 dislikes.The song is written, composed, and produced by Farhan Saeed. 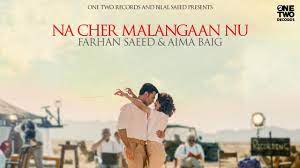 Bilal Abbas Khan Is Dressed to Impress in His new Photoshoot