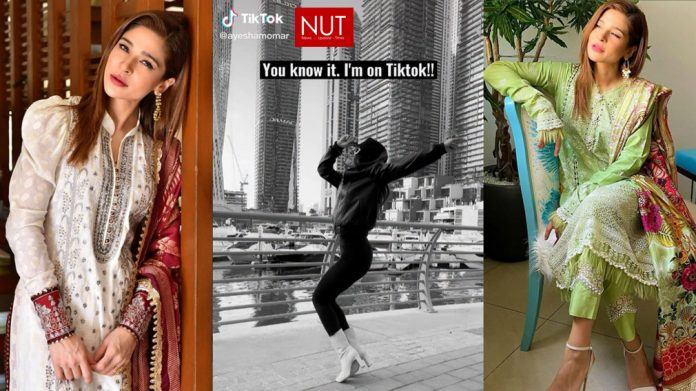 Lahore (Muhammad Yasir)  Actor Ayesha Omar officially joined TikTok on Sunday. The Karachi Se Lahore star arrived on the video-sharing platform with a verified account and posted a video of her making an entry to TikTok on Michael Jackson’s song ‘Bad’.

The Bulbulay actor captioned her first video, “Hey hey hey!!! I’m finally here! And I’m stayin’. You know it. Love, A.O.” She grooved to the song Bad by the King of Pop, Michael Jackson and also replicated his iconic move in her TikTok video that went viral in hours.

The actor and model crossed nearly 14,000 followers, more than 550,000 views and 36,000 likes within a day of joining. Her account is rapidly growing as her fans join her on TikTok to see what she has in store for them.

The Yalghaar actress has proved her mettle in the entertainment industry with her work in mega projects. She is best known for her performance in Bulbulay seasons one and two and Meri Guriya. She is also vocal about how much social media has influenced her life.