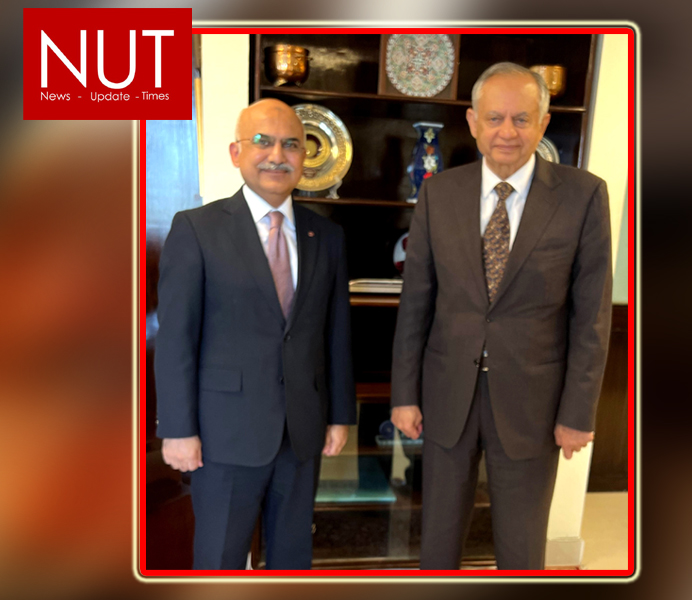 Lahore (Muhammad Yasir) Dawlance – Pakistan’s No. 1 brand of home appliances in Pakistan and a wholly-owned subsidiary of Arcelik, Turkey, initiates its new localized AC production line built with European Standards. Arcelik – the second largest manufacturer in Europe (based in Turkey), has facilitated the design and manufacture of this product through the transfer of technology and design know-how to Pakistan in its efforts to facilitate and support the Government of Pakistan’s Make in Pakistan thrust and to facilitate its subsidiary in to strategically serve its large consumer base in Pakistan and in other countries.

Since the corporate acquisition of Dawlance in 2016, this resourceful global enterprise has consistently invested in Pakistan in building capacity, upgrading products, and transferring technology to Pakistan.

The progressive move to set up a state-of-the-art production line in Pakistan for split air-conditioners aims not only to facilitate the consumers to benefit from the latest technology of indigenously-designed ACs but also pave the way for increased foreign exchange earnings through a noticeable increase in the export of the country and paving the way for sustainable economic growth within the sector.

Chief Executive Officer, Dawlance, Mr. Umar Ahsan Khan met the Advisor to Prime Minister on Commerce, Mr. Abdul Razzaq Dawood, in Islamabad to discuss this progressive step which has been taken in the interest of benefitting the consumers as well as the country’s economy via a vision aimed at boosting the exports of the home appliances sector of Pakistan.

“This assembly line will not only serve the consumers locally but also carries a vision to reach consumers around the globe via a noticeable surge in the exports from Pakistan”, he added while discussing the vision of his organization.

Appreciating the progressive efforts taken in the interest of consumers and the country’s economic growth, The Adviser to Prime Minister of Pakistan for Commerce and investment Mr. Abdul Razak Dawood said, “I congratulate Dawlance, Arcelik, and the whole Pakistani nation, on successfully executing this revolutionary project that will open new vistas for Foreign Direct Investments (FDI), Commercial-Collaborations, and Technology-Transfers, between Pakistan and Turkey, while the two brotherly nations pursue the vision to work together, for enriching the global home appliances and electronics industry.”

Through this venture, Arçelik has transferred product-design technology for capacity-building in Pakistan. This production line will not only cater to local Pakistani consumers but will also add great value to exports of Pakistan thereby adding to the foreign exchange earnings of Pakistan. Dawlance now has more than 60 engineers, working exclusively on Research & Development in Pakistan, to design world-class environmentally sustainable products, while the company’s Design-Services are now also being exported to other subsidiaries of Arcelik in many countries.