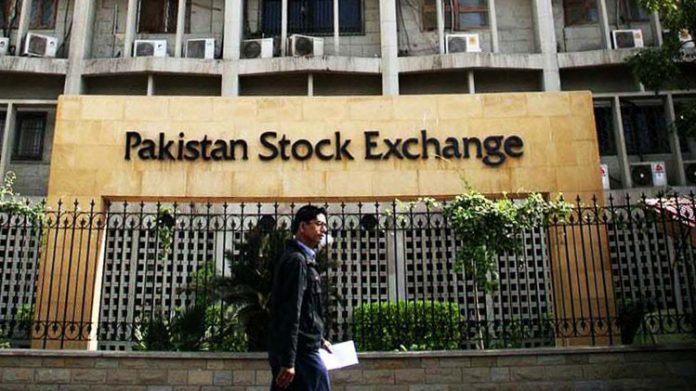 PSO earned Rs5.144 billion net profit with EPS of Rs10.96 during Q1FY21. Topline Securities said the earnings were better than expected due to inventory gains.

The oil company’s market share increased across its diverse portfolios, achieving substantial volumetric growth compared to the same period last year. A cumulative volume growth of 22.4 percent in white oil and 40.5 percent in black oil was witnessed during the period.

The bank earned Rs2.057 billion with EPS of Rs0.53 during the same quarter last year. The board did not recommend any entitlement to the shareholders, the notice said.

Total income of the bank increased 10 percent to Rs9.391 billion during July-September 2021, compared to Rs8.566 billion in the same quarter last year.

Bank’s CEO Rehan Shaikh said, “I am pleased to announce our results for the third quarter 2021. Our results demonstrate strong foundations and a clear path towards delivering on our strategic priorities as we stand committed to the socio-economic prosperity of the people of Pakistan. Over the course of last few months, we have made steady progress on our accelerated transformation journey, further enabling us to take advantage of the opportunities that lie ahead.”

Bank of Punjab net profit increased 43 percent to Rs3.120 billion during the third quarter of this calendar year, translating into EPS of Rs1.18, a bourse filing said.

BOP earned Rs2.178 billion with EPS of Re0.82 during the same period last year. The bank did not announce any dividend. Total income of the bank fell 6 percent to Rs9.686 billion during the period under review, from Rs10.270 billion during Q3CY21. Analyst Sana Tawfik of Arif Habib Limited in her note said earnings posted a sequential uptick led by higher net interest income and lower provisioning.

K-Electric net profit rose 161 percent to Rs2.902 billion during the first quarter of the fiscal year 2021-22, with EPS of Re0.11, as company revenue surged on tariff adjustment.

The power company earned Rs1.111 billion with EPS of Re0.4 during the first quarter of the previous fiscal. The company skipped cash dividend.

BankIslami Limited net profit inched up less than one percent to Rs693.270 million during the third quarter of the current year, with EPS of Re0.6253, a bourse filing said.

The bank earned Rs688.571 million with EPS of Re0.6211 during the same quarter last year. The bank did not announce any dividend.

Keeping in view the growth in domestic demand underpinned by supportive fiscal budget and accommodative monetary policy, BankIslami Pakistan expanded its Islamic Financing book by 19.6 percent via growing its exposure towards corporate and consumer segments on the back of its robust risk underwriting framework, a statement said.

Owing to this, infection ratio of the bank also reduced to 10.7 percent at September 2021 vis-à-vis 12.1 percent at December 2020, consequently improving the credit health of the overall financing portfolio.

For the nine-month period ended September 30, the company recorded a net profit of Rs2.19 billion, up from losses of Rs2.59 billion during the same period last year.

Ismail Iqbal Securities in its note said, “The result is above our estimate of Rs9.99/share, where the deviation mainly arose from lower-than-expected distribution and finance cost; however, the impact was partially offset due to lower than estimated gross margins.”

Fauji Cement Company Limited (FCCL) net profit surged 96 percent to Rs1.359 billion during the first quarter of the current fiscal, translating into EPS of Re0.98, a bourse filing said.

The company earned a profit of Rs695.584 million with EPS of Re0.5 during the same quarter last year.

Analyst Misha Zahid of Arif Habib Limited in her note said the rise in profit was led by strong topline growth. Company’s topline witnessed a surge of 18 percent YoY to Rs16.9 billion in Q1FY22 amid significant hike in retention prices in north and south tagged with four percent uptick in domestic offtake.