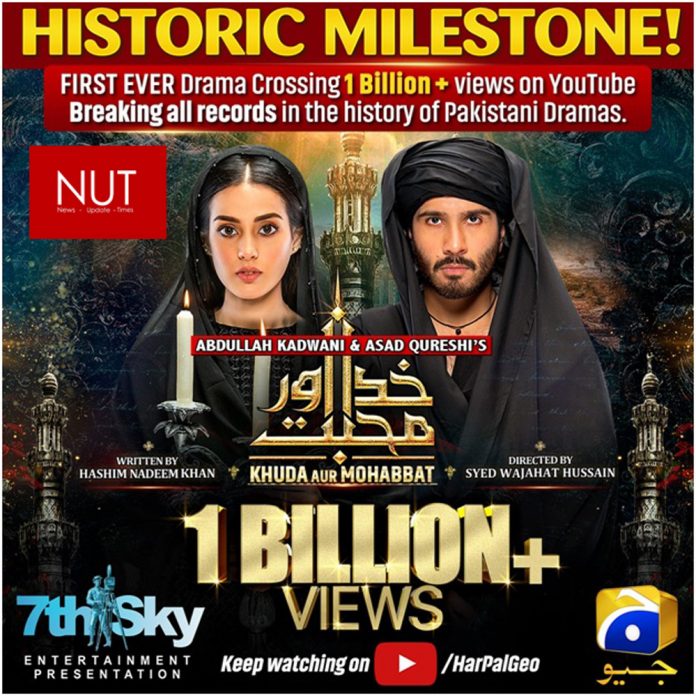 Lahore (Muhammad Yasir) Abdullah Kadwani and Asad Qureshi’s mega-hit drama serial, KhudaAurMohabbat,has made history as it becomes the first Pakistani drama to surpass 1 Billion + views on YouTube in a short time. The serial has been making waves in the industry ever since its first episode went on-air.

This engrossing serial, brought to our screens by 7th Sky Entertainment, has broken all records in the history of Pakistani dramas. With its total number of episodes 1 to 26 reaching 868 Million +views, its OST surpassing 124 Million + views, and the teasers crossing 222.8 Million + views, the drama has now set a benchmark in the Pakistani entertainment industry.

Starring Feroze Khan as Farhad and Iqra Aziz as Mahi, this intriguing tale about spirituality and unrequited love has won the hearts of the audiences.
Tune into Geo Entertainment every Friday at 8 pm to watch a new episode of KhudaAurMohabbat. 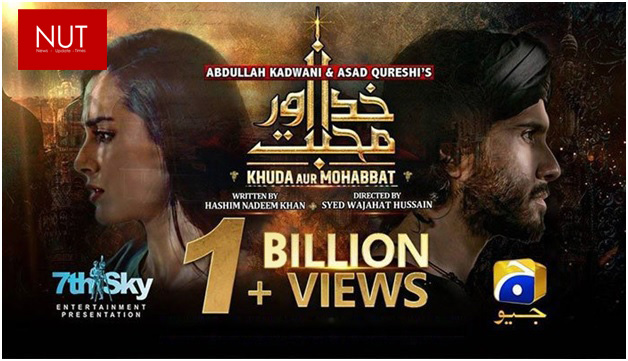