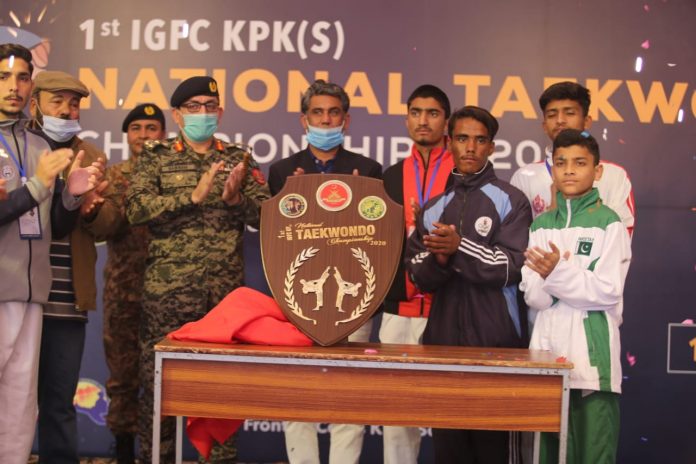 The ceremony started with the national anthem after which officials and players of the participant teams took oath. The chief guest then unveiled the trophy. School boys dressed in colorful clothes presented national songs and received great applause. The audiences also appreciated folk dance ‘Attan’ at the end of the ceremony.

It is pertinent to mention here that the Frontier Corps (FC), Pakistan Taekwondo Federation and Waziristan Taekwondo Association have jointly arranged this first-ever national championship in this region. Eight teams comprised of senior and under 17 male players from all across Pakistan including Khyber Pakhtunkhwa, Punjab, Balochistan, Sindh, AJk, Gilgit Baltistan, Islamabad and the host Waziristan Azmaree Taekwondo Team are participating in this 3-day long tournament.

Renowned martial arts expert from South Waziristan Muhammad Irfan Mehsood will be a ‘special attention’ as he has registered his name in the 31st Guinness Book of World Records for doing 60 push-ups in one minute with one leg raised while carrying a 40-lb pack. He’ll be present throughout the tournament to keep the momentum of the players intact. The Tournament will end on Nov 14. 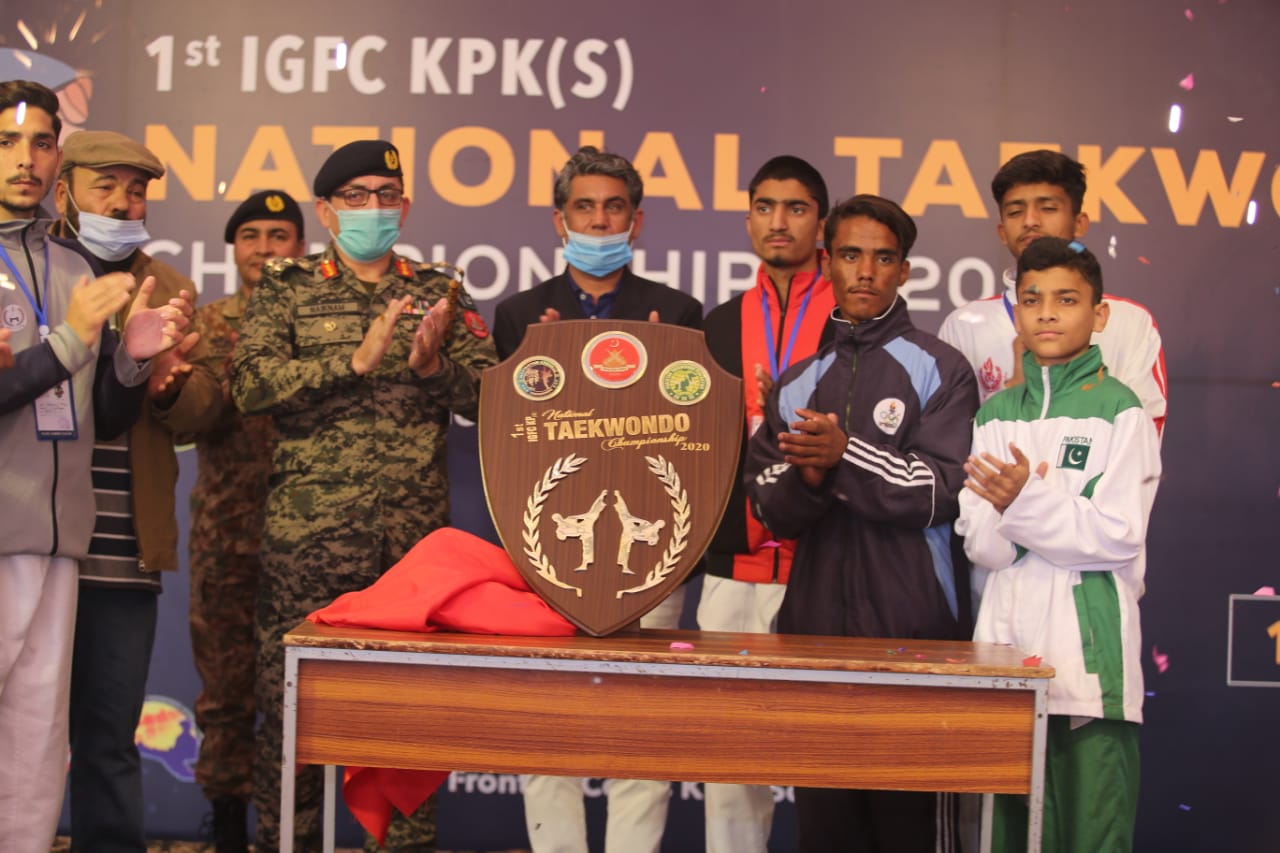